One of our own had a chance to be a part of the Astros’ World Series parade. Daniel Trlicek, Parks Department, is a civilian volunteer at the National United States Armed Forces Museum. Him and his fellow volunteers were asked to drive several local dignitaries in the parade, and they were happy to oblige. What a great opportunity! 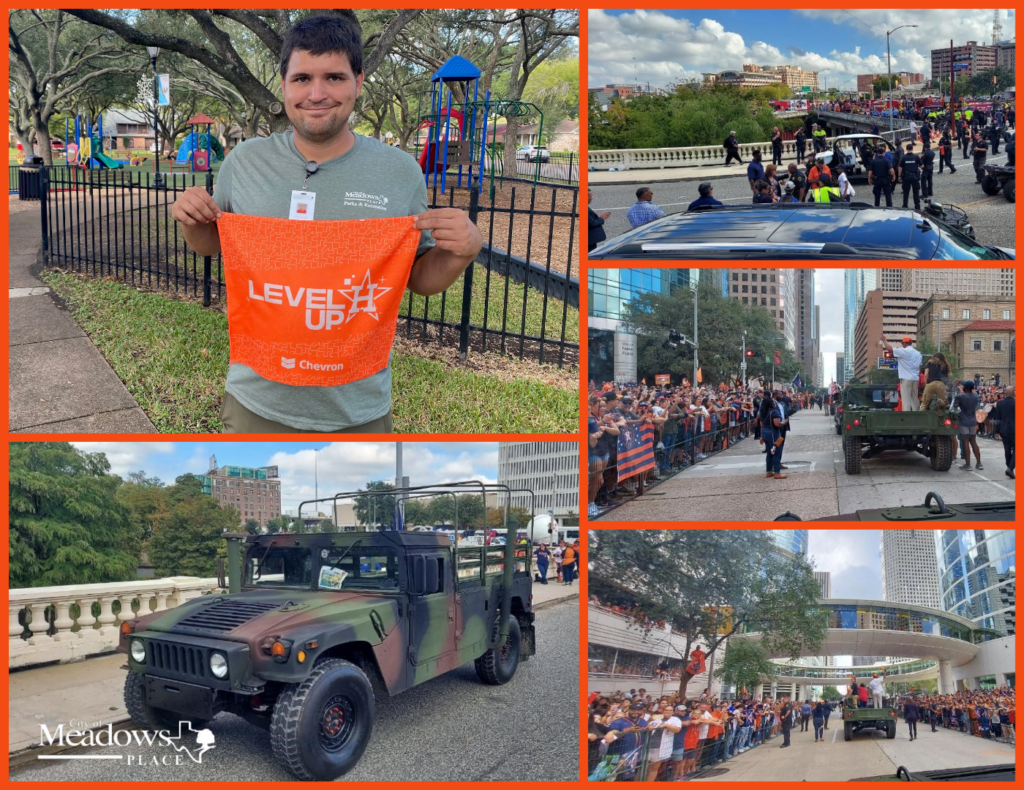