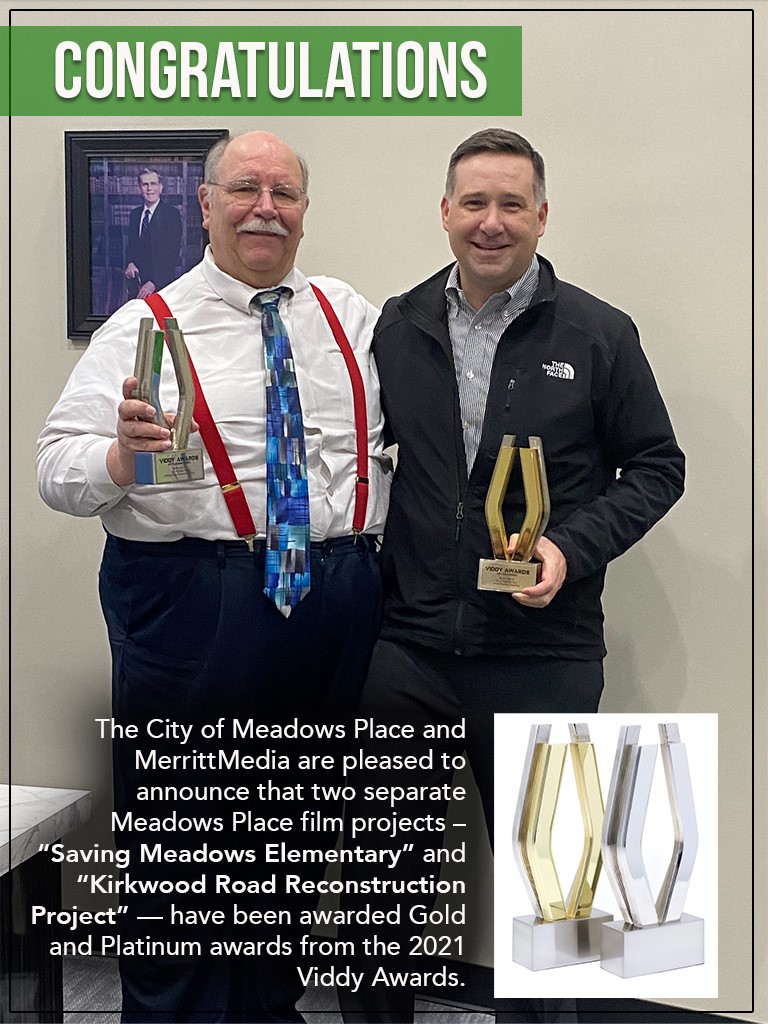 MEADOWS PLACE, TX –On behalf of the City of Meadows Place, Mayor Charles Jessup was pleased to present Josh Merritt and MerrittMedia a Gold and a Platinum Viddy Award.

The Viddy Awards was founded as the Videographer Awards in Dallas, Texas in 1995 and is one of the oldest and most respected awards programs in the industry. Overall, there have been approximately 50,000 entries from over 100 countries worldwide.

In 2021, there were over 2,500 entries from around the world judged against a very specific set of industry standards and all were competing in this very prestigious award contest for outstanding achievement in video and digital production skills. Both Meadows Place projects spanned multiple years making the projects even more difficult.  Gold Awards are presented to those who clearly exceeded industry standards.  Platinum Awards are awarded to the projects which were written, shot, produced and/or edited in an exceptional manner.

The City of Meadows Place asked MerrittMedia to document these projects as ways to showcase their  “one square mile of wonderful”.  “We felt that capturing and showcasing the stories of saving Meadows Elementary and the Kirkwood Reconstruction Roundabout Project could help raise awareness about our community and introduce the City of Meadows Place to new or potential residents and businesses,” said Mayor Charles Jessup . “We were delighted with how MerrittMedia was able to bring the stories together in film form.”   The award winning videos may be seen at https://www.youtube.com/channel/UC-6PJ5bXLJ5R9QXdOYETO3Q  cityofmeadowsplace.org or merrittmedia.io.

Josh Merritt of MerrittMedia said, “ We are humbled and honored to receive these awards and are pleased to help the City achieve some special recognition for these two unique projects.”

MerrittMedia is a creative agency that also conceptualizes and creates authentic and compelling video content. 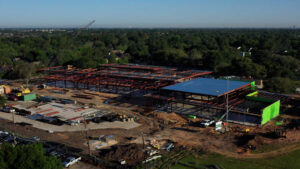