Enthusiasm for the Meadows Place 4th of July Parade is higher than ever and it showed on the 4th of July.  “There were more vehicles and parade entries than last year” said Parade Coordinator and Parks Director Colene Cabezas. “We had 3 bands, floats, bikes, motorcycles, Jeeps, Hummers, classic cars, lots of kids and family entries and lots, lots more”.  It is exciting for our people to want to be in it but it is also exciting to have so many State and County officials want to participate, not just as a duty, but because they have fun here”.    The parade starts by the Texas Direct Auto Dog Park goes past the school and circles around back to the cul-de-sac on Brighton in the park.  “As the Mayor says, About half the people in town get in the parade, the rest come watch and a 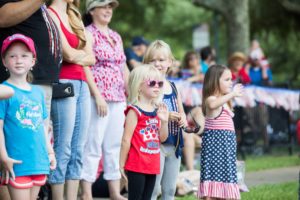 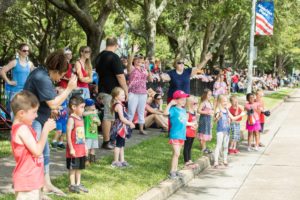 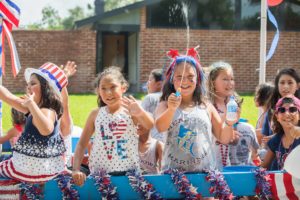 great time is had by all”. 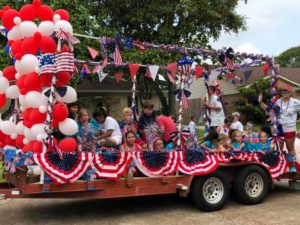 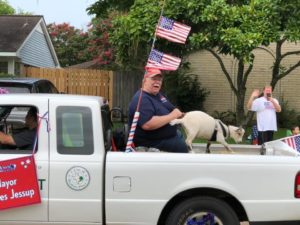 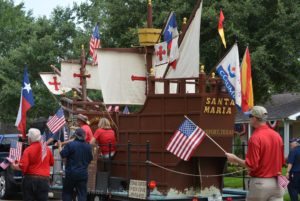