Your City Secretary and several members of City Council recently attended the 2018 Texas Municipal League (TML) convention in Fort Worth.  TML is a very good source of training, information and education for municipal leaders and an invaluable resource for our city. Attending this year were Mayor Charles Jessup, Aldermen Rick Staigle, Terry Henley,   John Isbell and City Secretary Courtney Rutherford.  Here is a bit about TML and why it is so valuable to Meadows Place. 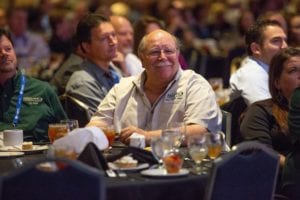 The size of the cities in TML range from under 5,000 (68.9%) to those over 100,000 including the big ones like Houston, Fort Worth and San Antonio but TML makes sure the little cities like Meadows Place have equal opportunities to be heard and to participate.

TML began in the summer of 1913, Austin Mayor A.P. Wooldridge issued a call to the cities of Texas to come to Austin to consider the creation of an association to allow officials to confer on municipal issues. 13 cities from across Texas responded and the gathering was a huge success.  Word spread and the idea of a municipal league caught on. During the next 35 years, the League grew rapidly.

After World War II, Texas evolved into an urban state and the needs of Texas cities grew. TML became a focal point for common questions and concerns which quickly led to TML becoming the central distribution point for municipal programs and information.

The League exists solely to provide services to Texas cities. Since the first day of its existence, the League’s mission has remained the same: to serve the needs and advocate the interests of cities and city officials. Indeed, the TML Constitution states that the purpose of the League is “to render services which individual cities have neither time, money nor strength to do alone.”   (Like us!) 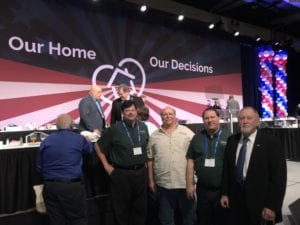 Today, 1,156 Texas cities are members of the Texas Municipal League. Membership in the League is voluntary and open to any city in Texas. The reason cities join is because TML offers a number of Member Benefits including:

TML produces key publications, such as the Texas Town & City magazine, the Handbook for Mayors and Councilmembers, How Cities Work, Texas City Officials Directory, and A Guide to Becoming a City Official, all of which are very helpful to our elected officials.